In June EFS completed and delivered a time sensitive delivery to a company in the Izmir freezone, Turkey.

The shipment comprised of an automated welding machine to be used in a factory which manufactures Jet engines amongst other things.

This was one of the client’s most ambitious projects to date, whereby the main parts of the welding system were imported from Beijing, China in 2 separate ocean container shipments remote loaded by our partners as well as a separate import shipment of the system control units which came from Idaho, USA.

These were all cleared into the UK under simplified IPR (Inward Processing Relief), VAT and duty suspended.

The whole unit was then assembled from the various pieces, software loaded and the system tested, re-packed and loaded onto a single truck to the delivery address in Izmir which took 6 days by road and ferry. To top things off the export leg to Turkey was then covered by 2 separate Letters of Credit with Incoterms DAP!

The client then flew several staff out to Turkey to assemble the unit upon delivery.

The project required the whole system to be tested in May before being repacked and delivered to the Turkey address by the letter of credit expiry of 28th June. Whilst most items were available in the UK early May, several items could only become available in the UK by the end of May due to production lead times in Beijing for those items. By 30th May the truck was loaded for export to Turkey.

Being under a Letter of credit meant that the required documents had to be ready as soon as possible after the system was collected in order for the Turkish bank to release shipping papers to clear the consignment against in to Turkey, as quickly as possible to prevent waiting time penalties accruing.

Please contact us with any enquiry relating to projects, imports and customs regimes or for any advice on Letter of 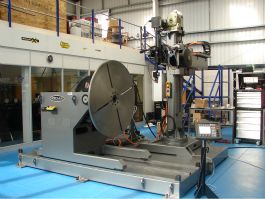 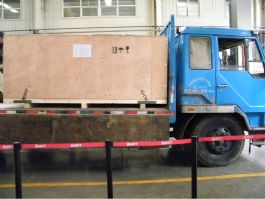 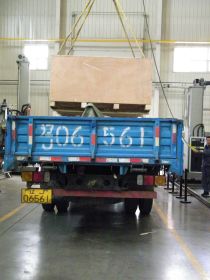