EFS to give monthly donations to charity
Friday, May 2nd, 2014   Posted in:News

Effective April 2014 Executive Freight Services will be making a monthly charitable donation of £50.

The EFS Owners felt it would be nice if the staff could nominate their own charity to benefit from the donation.

EFS plan’s to send a cheque and covering letter to the respective charities which will include the staff members name.

On April 26th 2014 EFS  entered a team into a golf day at Southwood Golf Course in support of Help for Heroes organised by The Plough & Horses Public House (Cove). 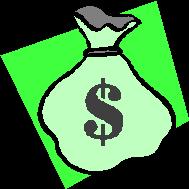 FAC
AIR
SEA
ROAD
EXPRESS
LOGISTICS
Testimonials
...I find them an extremely professional company and a pleasure to work with...they always come up to my expectations. They work extremely hard to help their clients...
Jenny Tomsett - Bedfordshire Businesswomen of the Year 2008
JT Trans-Global Services
News